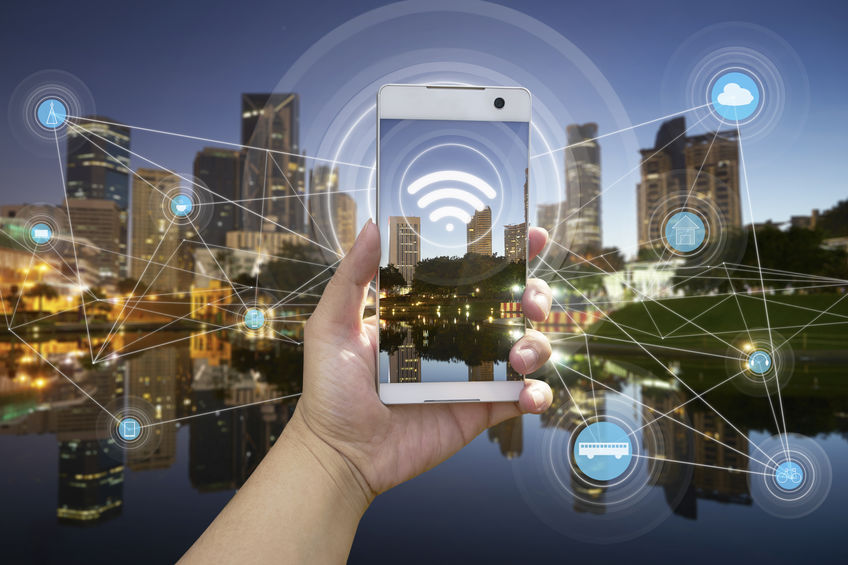 The talk around connectivity today is still about a promised technology that is in the “coming soon” category: 5G. While 5G promises far higher connectivity speeds, it has not been implemented anywhere in the United States yet. Even so, it will mean several transformative benefits for your clients.

5G, or “fifth generation,” is the next generation of wireless, cellular connectivity protocols for connecting roaming smart phones and wireless devices. Operating at a higher frequency than the current leading 4G, topping out at 20 megabits per second (mbps), it also offers data transfer speeds as much as 100 times faster, to 20 gigabytes per second (gbps).

But what is more significant is the reduction in latency, which is the lag between sending an instruction over the network to a response. While that’s 20 milliseconds with 4G, 5G reduces it to less than 1 millisecond.

This is the advance that will make whole new applications real. Let’s take a look at five of them.

While 5G is touted mostly as an advance for smart phones and mobile devices, one of the first benefits most customers will see is a boost for home and office wireless networks. 5G wifi routers will deliver wireless local area networks that are as fast as wired networks.

This will allow you to download a high-definition video close to instantly, without waiting for buffering. You could even download a 4K-resolution feature film in as little as three seconds. Huawei — yes, the same Huawei — has even announced plans for 8K, 5G TV — that is, television at double the resolution of the high-end sets available today, which will load up movies before you even notice.

High speed and virtually no latency will allow a new level of interactive, multi-player virtual reality games. You will be able to see, and react to co-players’ moves in real time. This adds a whole new level of reality to games.

Another thing that zero-latency makes possible is the “tactile internet.” With the use of virtual reality glasses and specially equipped gloves, doctors will be able to control robots over great distances to do procedures, even surgery.

High connection speed and low latency also make remote control of real cars, in traffic, in real time. These characteristics of 5G connectivity also make the driverless car a reality, because they will be able to not only receive real time information and respond instantly, but also because of another characteristic of 5G: an exponentially greater number of sources of data from many more points, all conveying information about other vehicles on the road, traffic conditions, speed limits and everything else a driver needs to know.

Uber and Google have been experimenting with self-driving cars for some time. When 5G becomes widely available, expect to see driverless cars or remote-controlled vehicles more frequently on your city streets.

Remote-controlled flying vehicles, or drones, are already becoming common. They have a large number of commercial applications already, from surveying land, to monitoring agricultural property, to scanning construction sites, to name just a few.

Already, engineers use drones that follow pre-programmed flight paths for a range of civil and structural engineering projects. 5G connectivity will allow them to be piloted by an operator on the ground, at a distance too great for the naked eye, through high-definition video in real time. Suddenly, the applications open up like a prairie sky.

Make 5G connectivity work for you

5G is on the near horizon. Talk to us at Broadline Solutions about how to make 5G connectivity your competitive edge.

How 5G connectivity will transform your business July 24th, 2019admin