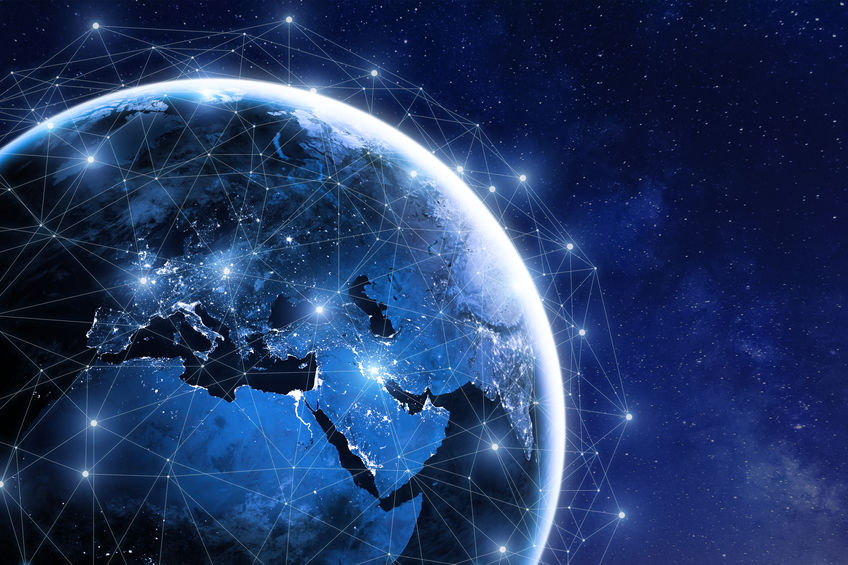 Thousands more small, inexpensive communications satellites will be orbiting the earth in the next few years. The number of smart devices, from heartbeat monitors to kitchen appliances, is growing exponentially. And 5G cellular mobile communications is only months away in many of the world’s cities.

What does that mean? It means there is more opportunity to offer customers more value through connectivity. And it means it’s more important than ever to have a partner who knows how to manage your connectivity, and leverage new technologies.

Amazon made headlines this month with plans to launch a constellation of more than 3,000 communications satellites in low-earth orbit. Project Kuiper, named for the belt of icy, rocky bodies orbiting the sun between Neptune and Pluto, will bring broadband Internet access to people who don’t have it now, at least not affordable to most of the population — all places on Earth between the 56th parallel north and 56th parallel south — home to 95 percent of the world’s population.

While this sounds exciting, Amazon is still very much in the planning stages, and it has two major competitors who have already launched satellites.

OneWeb, a company based in London, launched its first six satellites out of a planned 600 to 900. Its plan is to provide affordable broadband Internet access to every school on the planet, with a focus on remote areas of the world, and for those traveling by road, sea or air. less-developed countries. That’s right — customers will be able to access the satellites from an airliner. The network should be operational by late 2020 or early 2021.

SpaceX’s Starlink project has already launched test satellites. The company plans to have as many as 12,000 satellites orbiting by the mid-2020s.

What this means is that seamless Internet access could be a reality for most of the world’s population within a half-decade. And with more and more companies offering high-speed broadband connectivity, prices are going to come down.

From smart phones to health monitors to augmented reality goggles and smart kitchen appliances, the Internet of Things (IoT) is already here. What’s more, it’s rolling out faster and faster. Forbes reported that the combined markets for IoT reached $235 billion in 2017, and are expected to more than double to $520 billion in 2021.

As each person in the world has a growing number of devices they want to connect, providing access and managing all these connections is going to become exponentially more challenging and critical to more enterprises.

It will also demand faster and more robust communications. Fortunately, that’s just over the horizon.

5G, the fifth generation of cellular mobile communications, is slated to roll out worldwide in 2020. With speeds that are up to two and a half times faster than the current fourth generation, LTE-A or WiMax technology, 5G will allow more than faster devices.

The higher speed and bandwidth boost will enable higher quality and resolution in video and sound streaming, including video calls. It will make communications more reliable, with no fluctuation in connection when you’re moving around with your device.

5G is scalable to growing numbers of connecting devices — which means it’s ready to accommodate the growing Internet of Things and the numbers of people around the world accessing thousands of communications satellites.

5G is also the technology that will empower more automation and robotics — self-driving cars, smarter public transit, and more.

These trends are coming together, reinforcing and accelerating each other. Expect to see even faster development in the next couple of years — faster than even the most hopeful prognosticators predict.

What does it mean to you?

Remember, in today’s space, you’re only as strong as your connection. Look for partners who can manage all the connectivity you need — and that you can offer your customers.